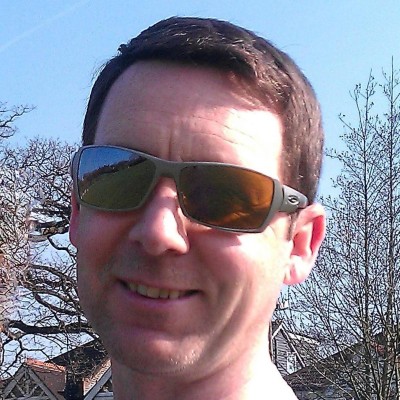 Who me? Why of course!

Geoff Ford is a Web Developer with a keen....Whoa there!...What's with the third person?! Let's try that again.

Hi, I am a Full Stack Web Developer currently contracted by Totaljobs Group. My most recent project with Fjord included working with AngularJS, Node.js / npm / Express, Bower, Gulp, Sass and Heroku building a responsive web app and mock api. I previously worked at Castle Trust (a finance start up in London’s square mile) building web apps with a mix of AngularJS, PHP and MySql. Before that I worked at Amnesty International where I led a team of 6 developers and a QA over several concurrent projects in an agile SCRUM environment. I'm not a ninja, a guru, or a jedi. I can't balance on my head on a slackline whilst juggling chainsaws either! I have however been building websites since the late 90’s. As well as solid back end development skills, my focus (and passion) are with front end technologies and creating mobile first, responsive web design solutions. My current tool belt includes the usual suspects: JavaScript, AngularJS, Node.js, Gulp, Bower, PHP, MySQL, HTML, CSS, Scss / Sass and a bunch of other stuff.

Me, myself and I

I'm a native English speaker and also speak Spanish to a reasonable level.

Ask an honest question, get an honest answer. Sure, there are times when diplomacy and tact are required, but generally I like to cut to the chase.

I once took a whole year out to travel the world. It was awesome!

When I'm not enjoying the company of my beautiful and more intelligent wife, or experiencing the daily amazement that is parenthood of our young sons, you can find me at a screen somewhere keeping abreast of all things web dev, tech, and movies.

The complete storyAKA: The Résumé

Still reading? Did I tell you I like you? Click on the sections below for a more detailed breakdown.

This project was with a small team, an ambitious scope and not much time to complete it. The finished web app comprised of a fully responsive RESTful AngularJS front end to provide useful works impact information to the general public. Styling was managed with Sass and a collection of mixins. build with Node, npm, Gulp and Bower, served via Node/Express and ultimately deployed to Heroku. The backend API (Java based) was created by the client and out of our remit although I did assist in defining the JSON structure to be returned.

Whilst at Castle Trust I helped build two RESTful web applications. Both were built with AngularJS and RequireJS frontend, and PHP / MySQL backend. The first, a very large, multi-page mortgage application form with many dynamic form elements and complex validation, is used by external brokers. The second, a large, multi-purpose case manager system that allows the underwriters to review and track applications throughout the whole application process. This included workflow events triggering various automated processes along the way. I also maintained and updated the two primary public facing websites.

In addition to the Web Developer responsibilities shown below:

When I first started at AI we maintained and enhanced the existing websites in Drupal. Our initially small team then introduced Yii PHP MVC framework to afford us more control over the build of newer planned digital properties. We went on to build a RESTful, multi-lingual, global campaigns website and associated CMS. Both were built on the aforementioned PHP framework and MySQL with all supporting JavaScript built in an AMD modular fashion with RequireJS. We also wrote both unit and behavioural/functional tests with PHPUnit and Cucumber respectively. Deployments were managed with Jenkins and a combination of Git and Capistrano.

Web Designer, IT Trainer and Consultant (Self Employed)

Take me back, way back!